Egypt’s Revolution After the Smoke Clears Shamus Cooke 2013-08-18 7:18 AM
In times of crisis people strive for easy answers to complex situations. In Egypt this has resulted in absurdly digestible sound bites, where one side is labeled “good”(the Muslim Brotherhood), the other “bad” (the army), and the revolution as a whole is condemned as an atrocity. But the situation in Egypt is especially contradictory, and untying the social-political knots of the revolution requires avoiding pre-packaged catchphrases. (text/plain)

The August 24 March on Washington: Why We Need a New Civil Rights and Labor Movement Mark Vorpahl 2013-08-09 7:05 AM
It could have been left as a relatively small event that would make little impact, but plans for the 50th anniversary of 1963′s March on Washington appear to have taken another course. (text/html)

A Path Forward for Egypt’s Revolution Shamus Cooke 2013-08-06 9:55 AM
The battle for the future of Egypt is underway, and it’s chaos. There has been violence on both sides of the divide, with the military inflicting the heaviest doses on supporters of the Muslim Brotherhood. The violence combined with any lack of long-term solution could bode poorly for Egypt’s future, but the situation is in extreme flux, and by no means anywhere settled. There is still abundant hope for most Egyptians to achieve a better world, though time is of the essence. (text/plain)

Supreme Court Considers Taking Hedge Fund/Argentina Case with Global Poverty Impacts Jennifer Tong 2013-08-02 7:50 PM
The US Supreme Court is considering whether or not to accept an international debt case that will impact global poverty and poor country access to credit. (text/plain)

What’s Next for the Egyptian Revolution Shamus Cooke 2013-07-14 5:56 AM
Egyptians are making history at a frantic pace. After the largest protests in Egypt’s history initiated the downfall of the first Muslim Brotherhood government, a military-led massacre of Muslim Brotherhood faithful quickly altered the political dynamic. Everything is in flux. (text/plain)

After the removal of Morsi in Egypt PCInt 2013-07-13 9:49 AM
The removal of the Morsi government is not a victory for the proletariat and the exploited Egyptian masses Victory can only be achieved by the proletarian class struggle against capitalism! (text/plain)

Total opposition - interview with anarchist writer VM 2013-07-02 11:51 AM
In an interview with The Vast Minority, writer Paul Cudenec calls for anarchists to unite in "total opposition" to the global capitalist system. He says he is trying to unearth the primal force behind the philosophy and argues that anarchism has the potential to become a new "religion" for the current age. (text/plain)

Portland’s Austerity Resistance Movement Sparks Changes to City Solidarity Against Austerity 2013-06-30 7:31 AM
On June 20, Oregon’s Portland City Council unanimously voted to approve a budget that had been one of the most grassroots-contested examples of austerity in recent memory. (text/html)

SF Labor: Calls on Labor Movement to Mobilize in Washington, D.C. August 24 San Francisco Labor Council 2013-05-16 7:19 AM
In Support of the SCLC and King Center call for a March and Rally in Washington, DC on August 24, 2013 and in Support of the July 2 Northern California Demonstration to Demand a Massive Federally Funded Jobs-Creation Program and No Cuts to Social Security, Medicare, and Medicaid (text/html)

Syria Endgame Approaching Fast Shamus Cooke 2013-05-15 7:54 AM
The tempo of events in Syria has increased in recent weeks. The government forces have scored significant battlefield victories over the rebels, and this has provoked a number of responses from the U.S. and its anti-Assad allies: a mixture of war provocations and peace offers. (text/plain)

Closing Guantanamo—Why it’s Symbolically, Spiritually and Materially Important. Scott Skein 2013-05-05 8:37 PM
President Barack Obama has made a clear and convincing case for closing Guantanamo! Mostly the same reasons finally articulated were just as true when he initially took office. Closing the stigma of war, crime and national shame has always been a high agenda item for many Americans. It is now the watermark battle ground that could begin to show who or what really runs this country. But think of the mindless excuses from war hawks (including complicity by the mainstream media) to try to stop any transparency about Guantanamo prisoners. But there is simply no way President Obama can close this base on his own without major and active U.S. citizen and world support. How can Congress possibly stand in the way of the reasons President Obama announced for closing the Bush Legacy? Where is the Free Speech movement, where are the campus protests at Madison and Kent State Ohio? (text/plain)

The SF LGBT Pride Committee Has Nothing to Be Proud of Over Bradley Manning Adam Richmond 2013-05-02 3:04 AM
Glenn Greenwald’s article in The Guardian titled “Bradley Manning is off limits at SF Gay Pride parade, but corporate sleaze is embraced” (4/27/13) has internationally publicized the cowardly decision of the San Francisco Lesbian Gay Bisexual Transgender Pride Celebration Committee to rescind its election of political prisoner U.S. Army Private Bradley Manning as a Grand Marshal of the annual Gay Pride Parade. Manning is the gay service member charged with giving WikiLeaks thousands of classified documents exposing U.S. atrocities in Iraq, along with other materials. (text/plain)

Opposition Grows Fierce to Austerity Cuts in Portland Mark Vorpahl 2013-04-19 11:46 AM
On April 11 over 400 people packed the third public Portland Budget Hearing, which was organized by the City of Portland and which left many spilling out beyond the room where the hearing took place. More importantly, for the City Council there was an unexpected critical outpouring from the vast majority who attended. For the first time, the City Council and Mayor Charlie Hales began to lose control over their attempts to sell austerity. (text/html)

It's been said politicians enjoy kicking the can down the road instead of having to take political risks. It's said they believe that is what helps them get elected and to stay in power. As long as they believe it won't cost them anything, politicians don't mind acting or making decisions. We know how scared they can be to make good on what they often say, and that saying anything to get into office and stay there, comes with the territory. (image/jpeg) 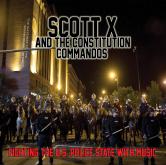 Scott X and the Constitution Commandos Release the 7th rock music video off their 2011 Album "Fighting the U.S. Police State With Music" (image/jpeg)

French Students Mobilize: "Sarkozy, You're Screwed, The Youth Are In the Streets!&quo Internationalist Group 2010-10-28 12:13 PM
From our correspondent in France (text/plain)

Where the Hell is the Progressive Rebel Party? William Wraithwrite 2010-10-22 6:22 PM
Teabaggers are being “bagged” back into the same old two party system—that is not just corrupted but corroded—so the joke will ultimately be on them—exactly in the same way that the joke was on progressives, who equally thought a corporate owned “top-down” Democratic Party was going to deliver a new deal of any kind—even as the bottom up got many of them elected into office. (text/plain + 1 comment) 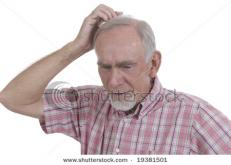 TYPEWRITERGIRLS PORTRAIT OF THE DADAIST AS A PUBLIC SCHOOL OFFICIAL: A Poetry Cabaret that Explores the Marriage of Art and Education (featuring The Poetry Brothel NYC What: A Poetry Cabaret featuring a letter writing station where audience members can express their concern about the dwindling quality of public education and lack of arts integration to elected officials, educationally-themed Dadaist drinking and writing games, readings from poets who also serve the... role of educators, magic, dance, live music, performances and private “lessons” from the famed Poetry Brothel from New York City, and the TypewriterGirls' sketch comedy to tie it all together. (image/jpeg) 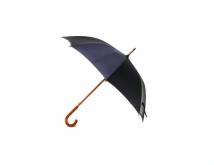 For months now we’ve been hearing about the coming revolution. Maybe, more like just over a year. At first we didn’t believe anything about it. We thought it would pass - most of us anyway. For those of us pacing around, worried about where the money to pay the bills would come from, catching a bus to wherever to follow a script written up by… well, nobody knew who at the time, really didn’t seem practical. (image/jpeg)

PHILIPPINES: Ferdinand Marcos himself designated September 21, 1972 as the date for Presidential Proclamation 1081, declaring martial law. In previous days, he had set in motion the imposition of fascist dictatorship on the people, including the mobilization of his armed minions, the murder of a whistle blower in his own intelligence agency, the fake ambush on his defense secretary and the mass arrest of his opponents and critics. (image/jpeg + 1 comment)