New England would be better off without the United States. (image/jpeg)

CNN's cover-up of the corporate fraud of Globalization. Jorge Torrealba 2010-02-21 5:18 PM
I am informing through Indymedia International, all the workers of the World that they themselves must build their own jobs. All institutions in America public or private are robbing the citizens. Each American must deal with the problem directly. (text/plain) 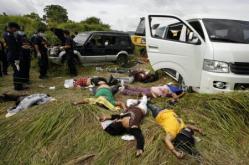 Senator Manny Villar has a secret alliance with the Ampatuan clan, principal suspects in the brutal massacre of 57 people in Maguindanao province, and he has to explain how he intends to give justice to the Ampatuans’ victims, the Liberal Party demanded today. (image/jpeg)

Palestinians dressed as the Na'vi from the film Avatar stage a protest against Israel's separation barrier. (image/jpeg)

DEATH PENALTY IN AMERICA WAS DESIGNED ONLY FOR POOR CITIZENS & U.S.SUPREME COURT IS ...... JEFF DUNN ( LFPA VOLUNTEER) 2010-02-08 4:20 AM
SCARY HOW OUR U.S.SUPREME COURT IS WELL AWARE OF THE EASE OF THE POSSIBILITIES OF WRONGFUL EXECUTIONS CONTINUING HERE IN THE WEALTHIEST COUNTRY IN THE WORLD AND REALLY SHOW NO APPARENT SIGNS OF SINCERE CONCERN ??? TROY DAVIS AND MUMIA ABU~JAMAL ~ LAWYERS FOR POOR AMERICANS HAS GREAT FAITH THAT AMERICA WILL COME TO IT'S SENSES AND OFFER YOU BOTH NEW AND FAIR TRIALS WITH PROPER LEGAL REPRESENTATION BEFORE ANY POSSIBLE WRONGFUL EXECUTIONS WILL EVER TAKE PLACE IN GEORGIA OR PENNSYLVANIA .... (text/plain) 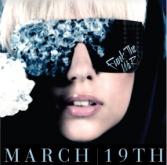 Come to Washington DC on March 19th to protest 7 years of war and occupation! Make a ruckus with DC SDS and Funk the War! (image/jpeg)

Ronald Federici: Care for Children International Advocates for Children in Therapy 2010-01-31 3:44 PM
Our group of highly specialized experts from various disciplines have years of experience in working with the most severely damaged children residing in institutional settings. We are frequently called upon by various governments and other humanitarian aide organizations to work in unison by providing expert medical and psychiatric consultation with an ultimate goal towards deinstitutionalization and general child welfare reform. (text/plain)

We learned with the election of Massachusetts Senator Scott Brown a great deal about who Republicans are as a party today. They have multiple voices from varying sectors of their party not always agreeing on principles, but standing together in Congress. They have successfully aligned themselves with the heavily funded Tea Party. They are whipping up populist support and benefiting from everything in the churn. They are determined to put themselves back in the picture that much is clear. (image/jpeg + 1 comment)

Haiti: Workers Solidarity, Yes! Imperialist Occupation, No! Internationalist Group 2010-01-24 1:18 PM
The January 12 earthquake in Haiti that devastated the capital city, leaving well over 100,000 dead and a million homeless, was one of the worst geological calamities of modern times. The earthquake was a natural disaster, but the horrendous death toll and monumental destruction were caused by capitalism and imperialism. Now the human suffering has been enormously compounded by to the militarization of the relief effort and reoccupation of Haiti by the United States. More than a dozen flights by aid groups, carrying rescue squads, tons of medical supplies and entire field hospitals, were refused permission to land at the Port-au-Prince airport by U.S. military air controllers who are now in charge. Food was already stocked in warehouses, but agencies refused to distribute it for fear of "riots." The media blitz is a propaganda war to embellish the image of U.S. imperialism. This phony humanitarianism are being used to disguise a new U.S. occupation of Haiti. We demand an end to the imperialist occupation, U.S./U.N. forces get out of Haiti and stop blocking entry of Haitian refugees. (text/html)

Protest The Use Of Full Body Scanners! (and other hyper "security" measures) Movement for a Democratic Society (MDS-SI-NYC 2010-01-12 8:48 PM
Say NO to invasive full body scans! Fight the racist targeting of "terrorist-prone countries"! Resist the fearmongering and hysteria! (text/plain)

The Avatar manifesto Luke from DC 2010-01-04 6:09 AM
The manifesto below was written in response to the millions who will see the movie "Avatar" and cheer for insurgents defending their homes, yet go home and support war, occupation, "development" and gentrification by their votes,their actions, and their shopping afterwards http://www.youtube.com/watch?v=Wnqi2LfMKTU (text/plain)

After trying to come on board the Noynoy-Mar’s Liberal Party, Satur Ocampo and Liza Maza went forum shopping until they landed in the lap of corrupt bureaucrat capitalist Manuel Villar Jr.’s presidential bid. (image/jpeg) 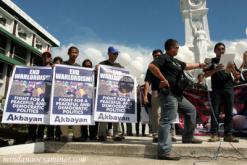 Wednesday, December 23, 2009 ZAMBOANGA CITY, Philippines – Dozens of journalists held a prayer rally Wednesday in Zamboanga City to remember and seek justice for the brutal slayings of 57 people, among them at least 30 journalists massacred last month in Maguindanao province in the southern Philippines. (image/jpeg) 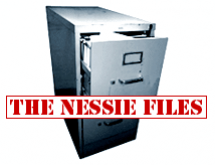 The Libertarian C.N.T. and the F.A.I. Supported Freedom of Religion in Spain Nicholas Evans 2009-12-24 7:30 AM
“Could any other declaration be made? It is de rigueur (socially obligatory -ed) that in any programme type declaration we register our respect for religions…” 1. states the C.N.T. on May 10th, 1938 Circular No. 12. (text/plain)

Pennsylvania's Critical Decision on War and Peace Richard Kane 2009-12-23 2:13 AM
Whether or not Senator Specter, who thinks the Afghan War is only helping al Qaeda recruit, is part of the peace movement is an important decision. It is critical for Pennsylvanian Activists to pay attention, and decide whether his stance could lead to US troops in Somalia instead of Afghanistan, or whether Specter has a reasonable chance to convince Obama to end the Afghan war. Since Joe Sestak is running already campaigning against him in the Democratic Primary, with the stance that anti-Iraq War activist can support the surge, Pennsylvania activists have to make a critical decision on whether or not this is important. (text/plain + 1 comment)

Czech President Klaus: Global Warming Not Science, but a 'New Religion' Fox News 2009-12-21 7:10 PM
As the Copenhagen Climate conference comes to a conclusion amidst riots by demonstrators and scrambling by policymakers, Czech President Vaclav Klaus has a message for the world: Global warming is a "new religion," not a science. (text/plain)

Defeat U.S. War on Afghanistan and Iraq! Internationalist Group 2009-12-21 1:01 PM
On December 1, President Barack Obama officially announced a massive escalation of the U.S. war on Afghanistan, tripling the number of American military personnel there since Obama took office. This move marks a decision by Washington to continue the colonial occupation of Afghanistan indefinitely, and with it the bloody slaughter of the Afghan people. Obama’s claim that he would “begin the transfer” of U.S. forces by mid-2011 was just sucker bait for gullible liberals. “Afghanistan Is Now Obama’s War,” proclaimed the media from New York to London to Mumbai. But Afghanistan has been the Democrats’ war since the moment it was launched, in September 2001, and together with the war on Iraq, it is a bipartisan imperialist war. No one in Washington thinks the Afghan puppet army will be able to handle the Taliban. The actual U.S. strategy is not to defeat the Taliban but to weaken it enough so that elements of the Islamists can be brought into a political deal. It is striking that in the United States, a majority of the population is turning against the war even though there hasn’t been a major national antiwar march in more than two years – ever since the start of the last presidential election campaign. At protests following Obama’s announcement of more troops to Afghanistan, organizers carefully avoided any signs mentioning the president by name. Our Internationalist contingent, in contrast, carried signs including, “Hey Obama, How Many Kids Did You Kill Today? Defeat Imperialist Slaughter in Afghanistan, Iraq.” (text/html)

TVA Coal Fly Ash Disaster 1 Year Anniversary and Videos Matt Landon 2009-12-20 12:54 AM
On December 22, 2008 the largest coal fly ash disaster in the world occurred in Roane County, Tennessee along the banks of the Emory River at the Kingston Electric Coal Plant which is owned and operated by the Tennessee Valley Authority (TVA). (text/plain)