Snowden and Latin America Expose Washington’s Impotence in a Changing World Finian Cunningham 2013-07-22 7:25 AM
One of America’s genuine heroes, Major General Smedley D Butler revealed in his memoirs the true, abhorrent nature of Washington’s foreign policy. Butler had led countless military operations in Central America and the Caribbean as a US Marines Corp commander in the era of «gunboat diplomacy» during the early 1900s. Years after his retirement, he spoke out candidly and ruefully of his highly decorated military service in a book entitled War is a Racket. Here is how Butler characterized with unsparing words his service for country in 1935, five years before his death: (text/html)

Rail Disaster in Canada PCInt 2013-07-21 2:24 PM
The aftermath of the worst rail disaster in Canada for decades leaves at least 47 dead with many of the victims still unaccounted for. (text/plain)

West Losing on All Fronts in Syria Finian Cunningham 2013-07-20 11:42 AM
Not only are the US, Britain and France losing their criminal covert military war for regime change in Syria, these state terrorists are also caving in on the propaganda front. (text/html)

Expected Hedge Fund vs. Argentina Ruling Will Impact Global Poverty Jennifer Tong 2013-07-19 8:18 PM
Any day, the US 2nd Circuit Court will rule between Argentina and hedge funds; the ruling will impact global poverty and poor country access to credit. (text/html)

Orange Violence, Hangover from British Misrule Finian Cunningham 2013-07-16 2:42 AM
To many people around the world, the violence in Northern Ireland this weekend may seem incomprehensible. After all, it is nearly 15 years since the political conflict in the British province of Ireland was officially declared over, with the signing of the Good Friday Agreement. (text/html)

A night of labor music, history and education. "The Almanac Trail" tour covers 25 cities in 32 days, beginning in Pittsburgh with special guest Anne Feeney on Friday, July 12 at the US Steelworkers headquarters, 7 PM (social hour), concert at 8 PM. hear stories and songs from Woody Guhrie, Pete Seeger and others and learn about the growth of labor unions in the 1930s and 1940s! (image/jpeg)

Detroit’s Retired City Workers in the Crosshairs Ann Robertson and Bill Leumer 2013-06-22 6:21 AM
With Detroit’s finances looking increasingly dire, the city’s creditors are beginning to face off with one another, each trying to minimize their losses. The city’s pension fund, which supports retired city workers, has found itself in direct conflict with a formidable opponent, the bondholders, individuals and institutions that gave the city money in order to enjoy the interest on the loan. (text/plain)

Detroit’s Retired City Workers in the Crosshairs Ann Robertson and Bill Leumer 2013-06-22 6:17 AM
With Detroit’s finances looking increasingly dire, the city’s creditors are beginning to face off with one another, each trying to minimize their losses. The city’s pension fund, which supports retired city workers, has found itself in direct conflict with a formidable opponent, the bondholders, individuals and institutions that gave the city money in order to enjoy the interest on the loan. (text/plain)

The Girls Speak sfsf 2013-06-16 11:41 AM
The teacher was extremely talkative, almost a bit too much, to the point that he barely let the girls speak! (text/plain)

Grassroots protests planned nationwide in response to PRISM and government surveillance Evan Koser 2013-06-12 2:48 AM
Disgruntled citizens have begun collaborating their efforts online in an attempt to redress their grievances over the United States government's surveillance policies. (text/plain)

Syria’s Fake Sectarian War Shamus Cooke 2013-06-09 12:21 PM
The fate of Syria and the broader Middle East balances on a razor’s edge. The western media is giving dire warnings of an impending sectarian war between Sunni and Shia Muslims, a war that could drown the Middle East in a flood of blood. (text/plain)

Quantitative Crisis: Bernanke’s “Stimulus” For The 1% Mark Vorpahl 2013-06-01 6:29 AM
When I heard that Federal Reserve Chairman Ben Bernanke told Congress last week that it was too soon for the Fed to end its extraordinary stimulus programs, I did a double take. (text/html) 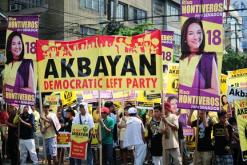 While the Commission on Elections has yet to announce the official results of the 2013 partylist elections, we would like to thank the Filipino voters and everyone who have made Akbayan Partylist's sixth straight electoral victory possible. (image/jpeg)

How Obama and Al-Qaeda Became Syrian Bedfellows Shamus Cooke 2013-05-28 12:44 PM
For a president that is executing Bush’s “war on terror” against Al-Qaeda and “its affiliates,” it seems odd that President Obama has targeted the secular Syrian government for “regime change.” (text/plain)

On April 24 "Rana Plaza" a 9-storey building in an industrial suburb of Dhaka, capital of Bangladesh (14 million), collapsed on about 3,500 workers (their number is not known precisely) working there. The building contained five textile factories, as well as a bank and many shops. The official present death toll is 1128, the number of injured is unknown. Most of the victims are women, who constitute 80 to 90% of the workforce in the Bangladeshi textile industry. (image/jpeg)

If given the attention it deserves, an important new book is certain to make significant contributions to the public discussions of US prison policy. The author, Shawn Griffith, was released last year from Florida’s prison system at the age of 41, after spending most of his life, almost 24 years, behind bars, including seven in solitary confinement. (image/jpeg)

Global-warming debate shouldn’t exclude role of livestock Systemic Disorder 2013-05-22 4:51 PM
Regardless of what the actual total of livestock contribution to global warming, it is part of the problem and we ignore it at our collective peril. (text/plain)

Obama and U.S. Military Divided Over Syria Shamus Cooke 2013-04-30 2:52 AM
Has Syria crossed the “red line” that warrants a U.S. military invasion? Has it not? The political establishment in the United States seems at odds over itself. Obama’s government cannot speak with one voice on the issue, and the U.S. media is likewise spewing from both sides of its mouth in an attempt to reconcile U.S. foreign policy with that most stubborn of annoyances, truth. (text/plain)

Human Trafficking - Everyone Can Help Eleanor White 2013-04-22 7:30 PM
A retired New York City police detective has come up with a plan where all ordinary citizens can have a substantial impact on efforts to stop human trafficking. (text/plain)

Obama’s Still Shopping for a Grand Bargain Shamus Cooke 2013-03-21 7:52 AM
President Obama’s recent closed-door sessions with Republican congressmen to reach a “grand bargain” has roused suspiciously little attention in the mainstream media. What scant reporting has occurred presents the following narrative: President Obama is a “middle ground” politician attempting to breach political divides with erstwhile Republican opponents. In reality these meetings are not between political opposites, but kindred spirits; perfectly matched ideologies that differ only in implementation, and only by degrees. (text/plain)